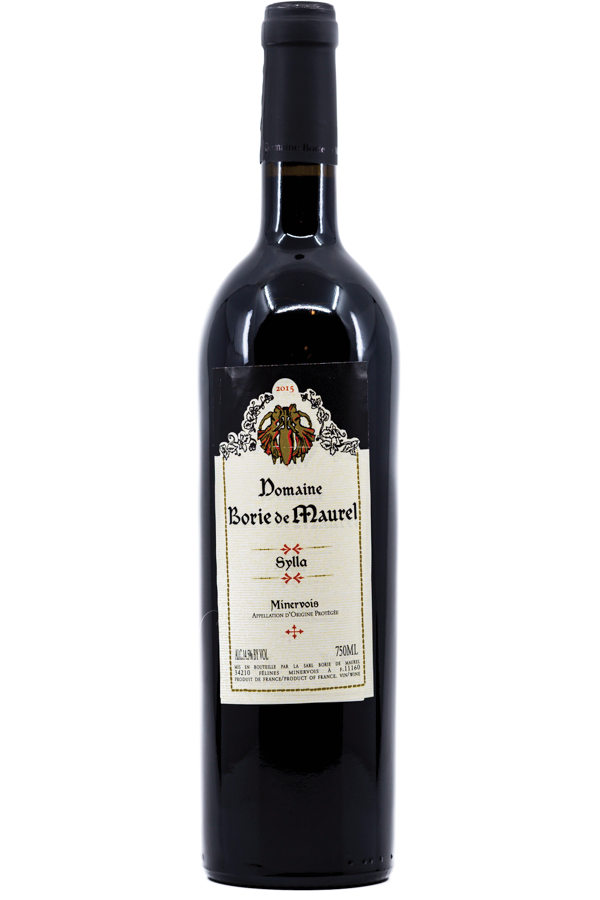 Sommelier note: After eruptions of Vesuvius over a millenia ago, many Roman winemakers settled elsewhere. La Livinière (fittingly from the Latin word for ‘vine’)  was one of the designated areas for the displaced Romans to plant vines, and it was perfect according to them. Nowadays La Livinière belongs at the top in the Minervois appellation, and has it’s own Cru.  Domaine Borie de Maurel was created by Michel Escande, who changed his life in 1989 by dropping his passion, which was sailing, and settling with his wife on the mainland.  With borrowed money, they bought 5 ha. (12+ acres) of vineyard, a wine cellar and a house. With the tenacity of a sailor and the faith of a peasant farmer, Michel learned about his land, and he listened until he understood that he was in possession of a real treasure. This showed from the first cuvées of Sylla which the international press picked up at the beginning of the 90s. After this they re-named him “the wizard of Felines” .

The village La Livinière gained its own Appellation not so long ago, and together with 4 other villages, they represent the best of the best in the Minervois. Cuvée Sylla is the flagship wine from this winery. Perfection? You decide. Michel named this wine after his grandfather and his son, who both carry this name.  So he must think a lot of this wine. For us this is a Syrah with ‘Grandeur’. The moment you stick your nose into the glass you are captured and you can’t let go. Dark black fruit, spices and herbaceous aromas tickle your senses, in the mouth this wine is rich and upfront, silky tannins follow, and the Grand Finale is long and lingering. Food: Think big red meat, truffles, even game. Dive in and surrender.